Redeev srl was born from the collaboration of three friends with a common passion for video games, art and science. Officially founded on 30 June 2020 in Milan (IT), it comprises three main figures, such as programmer - Andrea Frati, graphic designer - Giovanni de Dominicis, and audio & soundtracks composer - Alessandro Rovetta.

Professional experience: he studied at the University of Padua, where he became Doctor in Mathematical, Physical, and Natural Sciences. He worked as I.T. teacher at the “A. Lunardi” high school in Brescia. He has produced softwares for the virtual simulation of 3D environments, calibrated on the development of peripheral vision and reflexes, for the major Italian competitive-eSports training group “Qlash”. He worked as a lecturer for the dissemination, training, and scientific research company “Mensana srls” in Brescia, with a teaching role in subjects such as Physics, Mathematics, Chemistry, Biology, and Computer Science. Here, he also worked as main consultant for softwares and websites development, as well as workstations assembling. Currently, it provides I.T. consulting services for companies and individuals. Within Redeev srl, he programmed the 2+ million downloads videogame “AnimA ARPG 2020”, also managing the platforms and databases for the online and multiplayer modes.

Professional experience: he specialized in soundtracks composition at the “CFM” music school in Brescia, with which he collaborated in various musical projects, including production of songs and commercials. He continued his specialization in Mixing and Mastering with the certified lecturer “Danilo Botticini” in Brescia. He produced his first song featuring the Italian singer “Elly”. He studied Mathematical, Physical, and Natural Sciences at the Catholic University of Brescia. He currently works as a reviewer of scientific articles for the Journal of Medical Internet Research and JMIR publications. He obtained all 4 peer-reviewer certificates provided by the world’s largest medical and scientific publisher “Elsevier”. He obtained 4 MEDLINE (PubMed) indexed scientific publications, as well as several medRxiv indexed international scientific collaborations. He currently works as Senior Research Director at the dissemination, training, and scientific research company “Mensana srls” in Brescia. He also worked as a lecturer for the school training centers “Il Falò” and “Mensana srls” in Brescia, with a teaching role in subjects such as Physics, Mathematics, Chemistry, Biology, Computer Science, and Statistics. Within Redeev srl, he created the soundtrack, audio effects, trailers, and the storyline of the 2+ million downloads videogame “AnimA ARPG 2020”. Thanks to the scientific training and experience of all members, our team finds its strength in study and research. Each issue is approached methodically until the best solution strategy is identified.

Here at Redeev, we don't limit ideas and are open to supporting any kind of initiative that turns out to be interesting. As a group, we created the mobile hack 'n' slash video game for Android and iOS AnimA ARPG 2020 and developed a "virtual-reality peripheral vision and reflex enhancement" software for the e-sports training group Qlash.

Redeev is a long-term project, ie expansion and cooperation are key factors for its growth. We are always looking for capable staff with a great desire to do.

The right place to valorise your skills

Given the wide variety of topics covered, figures such as programmers, IT experts and students, graphic designers, designers, cinematics producers, artists, writers, musicians, audio producers and engineers, researchers and scientists are always welcome. Alongside methodicality, the main weapon we use here is enthusiasm, which is essential for working in a calm, relaxed and productive climate.

Although all the professionals listed above are of great interest to us, currently we have more need for: programmers to manage online rankings, online databases, and multiplayer systems; Unity programmer (C #); Servers, Firebase and/or Photon Engine experts. Contact us We know how difficult it is to believe in a dream. Redeev offers you all the means to make it your job!

We develop video/serious games and softwares in all their aspects, such as programming, graphics, and audio

As a research group, we also extend our interests to the fields of machine learning and artificial intelligence.

Here are some examples of our best works. 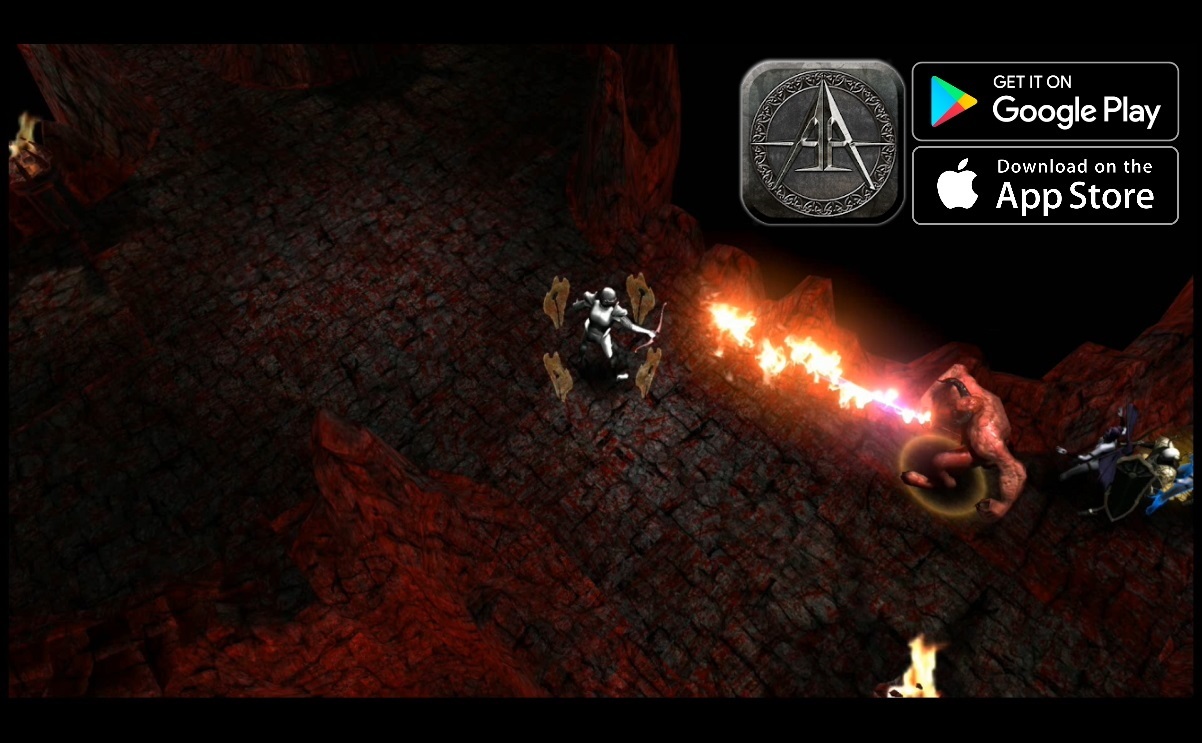 With over 2.5 million downloads, AnimA ARPG 2020 is our most successful mobile application for Android & iOS. On several occasions, it has reached the top 10 of the most trending RPGs on the Google PlayStore and has been included by Multiplayer.it magazine among the 10 best free games for Android in June and August 2020.

A three year long job; the dream of a lifetime.

AnimA was born thanks to our desire to create something of our own, together with our long experience with titles of the likes of Diablo, Path of Exile, and Baldur's Gate. For us, it is much more than a video game: it is an artistic attempt. We tried to give our users those same wonderful emotions that adorned our childhood and adolescence. 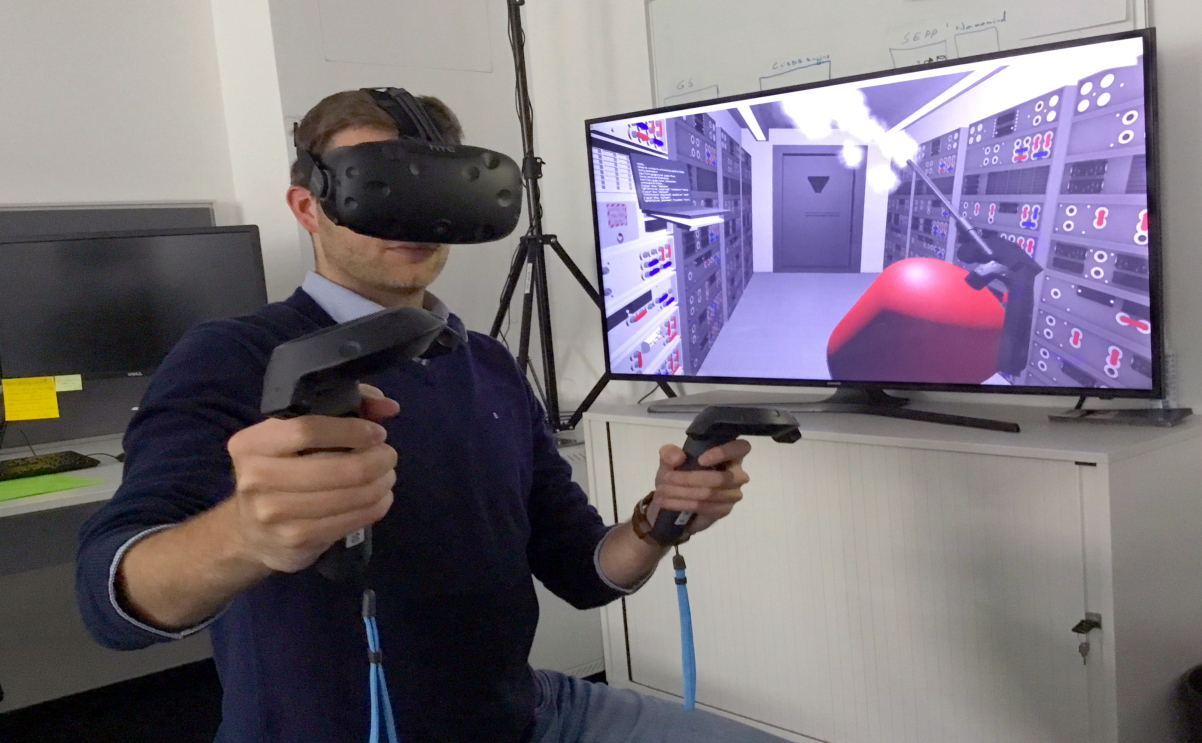 Our group has been hired for a collaboration with the media company Qlash, active in the training and support of the e-sports gaming community both locally and internationally, for the creation of a virtual reality software for the enhancement and evaluation of players' peripheral vision and reflexes.

Not only "video" games

This event officially launched our production of the so-called serious games, which, in simple words, are video games with scientific purposes. This sector is growing strongly since it holds great potential in the fields like medicine, psychology, physical education, physics and biology.

Fill out our form and briefly introduce yourself (including your professional skills), the reason you want to collaborate with us and/or your project. If you have a LinkedIn profile or a curriculum, please link it. We will contact you within 24 hours.